Many authoritarian regimes around the world use policy-based strategies of social control in lieu of more coercive tools like repression. When these regimes fall to democracy, do authoritarian successors pay a political price for these policies? This paper examines the political cost of one common authoritarian policy of control—land settlement schemes—in the context of Spain. The Franco dictatorship initiated a decades-long program to ameliorate land pressure by resettling excess rural labor in hundreds of new government-created towns in colonization zones throughout the country. This paper examines post-democratization voting patterns in municipalities containing new towns compared to a counterfactual set of proximate similar municipalities that were also in government-created colonization zones. I find that land settlement caused a backlash once Spain returned to democracy: voters turned left and were less likely to support the regime’s successor party. I attribute this to a legacy of authoritarian political and economic oversight and manipulation in newly settled towns. 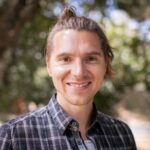