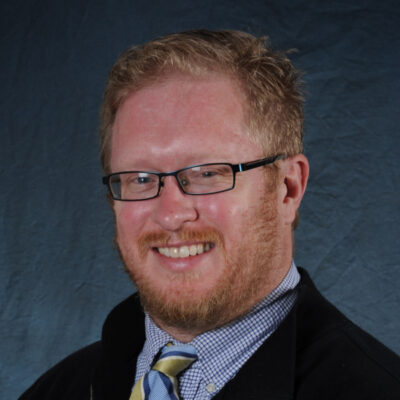 Chris Lundberg is an associate professor in the Department of Communication at UNC Chapel Hill, where he writes about and teaches courses on rhetoric and public culture. His interests include the theory and practice of public democratic life, including public speaking, debate, persuasive communication, and political rhetoric. Current projects include monographs on the place of information in democratic public argument (with Andrew Perrin) and a project on the place of enjoyment in producing and sustaining democratic antagonisms.

His academic work includes multiple books and award-winning articles on rhetoric, speech, and persuasion, including The Essential Guide to Rhetoric (Bedford St. Martin’s, 2008, 2e 2017); Public Speaking: Choices and Responsibility (Cengage Publishers, 2014, 2e 2016, 3e 2022); and a book about the psychology of public persuasion called Lacan in Public: Psychoanalysis and the Science of Rhetoric (University of Alabama Press, 2012).

He has served as a debate and messaging consultant for numerous U.S. Senate races, gubernatorial campaigns, and cabinet-level confirmation processes. His international experience features extensive work in the United Kingdom, including work on the UK Prime Ministership, the Scottish leadership election, and consulting services for the “Vote Leave” campaign during the EU referendum.

He is also the founder and CEO of Vocable Communications, a speech-focused and data-driven communication consultancy serving senior leadership at multiple fortune 500 corporations.

He received his PhD in rhetoric from Northwestern University’s School of Communication in 2006, and his Master of Divinity from Emory University in 2000.

In addition to his experience in the classroom and with consulting clients, he has over fifteen years of experience in speech and debate coaching, serving most recently as a coach and argument consultant for Harvard University. He has coached national championship intercollegiate debate teams at four separate universities (Liberty University, Emory University, Northwestern University, and Harvard University), and has coached multiple competitors to the top individual speaker award at the National Debate Tournament.