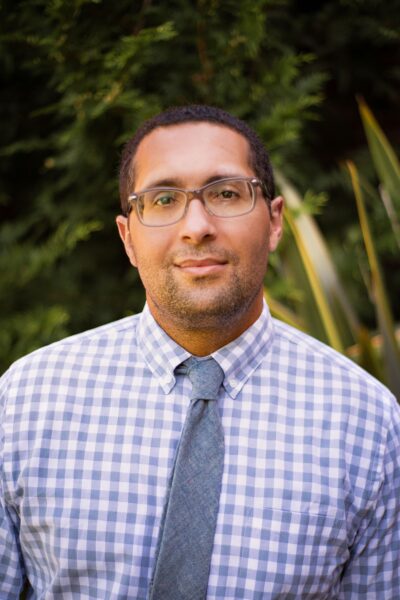 Christopher Stout is an Associate Professor in the School of Public Policy at Oregon State University.

His research agenda crosses the fields of race/ethnicity and gender in the United States, political behavior, and public opinion. In general, his research can be categorized into two central themes. First, how do candidates from underrepresented groups increase their chances of succeeding in their bids for elected office? Second, what role do contextual and personal factors play in shaping the political identities and attitudes of underrepresented groups?

This part of his research agenda is most evident in his books, Bringing Race Back In: Black Politicians, Deracialization, and Voting Behavior in the Age of Obama and The Case for Identity Politics: Polarization, Realignment, Demographic Change, and the Efficacy of Racial Appeals.

The former explores empirically investigate whether post-racial campaign strategies, which are becoming increasingly common, improve black candidates’ ability to mobilize and attract voters of all races/ethnicities. The results reported in this book demonstrate that black candidates who make positive racial appeals (e.g., racial appeals which demonstrate that the candidate will either advance black policy interests or highlight the candidate’s connection to the black community without attacking outside political players) not only perform better among black voters, but they also improve their standing among Latino and white voters. This book was the co-winner of the 2016 Best Book Award from the American Political Science Association’s Race and Ethnic Politics Section. It also won the 2016 W.E.B. Dubois Distinguished Book Award from the National Conference of Black Political Scientists.

The latter explores how the declining number of cross-pressured voters in the Democratic Party, a greater recognition among liberal whites that race is a strong predictor of social outcomes, and the growing strength of minorities in the Democratic Party makes it difficult for left leaning candidates to run deracialized campaigns and succeed in the modern era of American politics.

His research on these and other topics have been discussed in the Washington Post, PBS News hour, Fivethirtyeight.com, Slate, and Vox.com among other news sources.