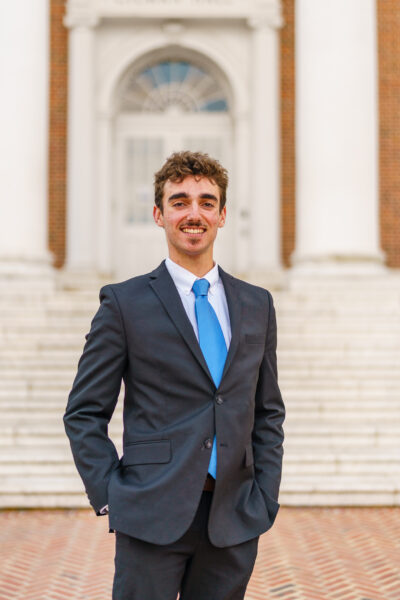 Elliott Rosen is a sophomore from Southern California studying political Science and philosophy. He has previously interned in the Public Works department at his local city hall, and enjoys talking about how much better public transportation is on the East Coast than the West Coast. On campus, Elliott is a member of HOPMUN, the Johns Hopkins University competitive Model UN team. He also works in social media marketing for the Krieger School of Arts and Sciences and brings his experience with social media to promote civic engagement through online content creation. Outside of the SNF Agora, Elliott loves studying English Literature, especially Moby-Dick by Herman Melville, and “The Waste Land” by T.S. Eliot. Elliott looks forward to exploring the relationship between philosophy, politics, and literature.