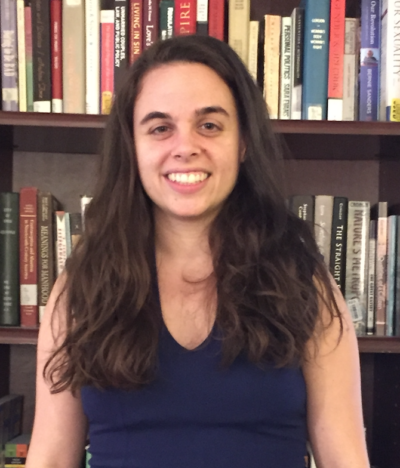 Lauren Feldman is a PhD student in History at Johns Hopkins University and the Project Coordinator of JHU Hard Histories, a public history initiative that examines the histories of racism and discrimination at the university. She is concurrently a Predoctoral Fellow in the History of the Civil War Era at Penn State’s Richards Center for academic year 2022-2023. Her work centers on intersectional histories of intimacy, and investigating the broad intellectual question about how norms surrounding relationships in the U.S. have been created and reproduced over time. She is particularly committed to demonstrating how matters surrounding intimacy shed new light on conventional “big-picture” questions of U.S. history and historiography. In this vein, Lauren’s dissertation focuses on the contingent process by which marriage and state became intertwined in the U.S., from the period of the American Revolution to the Civil War. Through an examination of debates over early American marriage laws, she historicizes marriage’s centrality to the formation of United States governance, as well as the implications thereof surrounding the creation and maintenance of a U.S. privatized social structure. As part of this project, she also works on the history of slave marriage in the United States. Lauren’s work has been supported by multiple institutions, including the American Historical Association, American Society for Legal History, and New-York Historical Society.