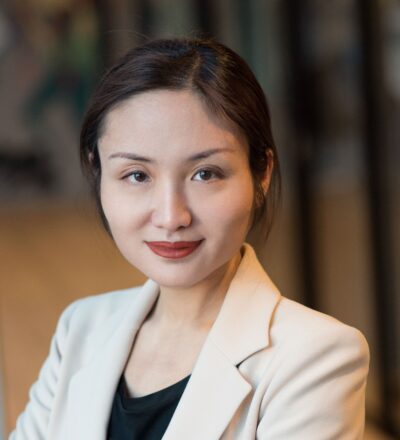 Ling Chen is Assistant Professor in political economy at Johns Hopkins SAIS. She has been selected as a 2021-2022 Wilson China Fellow by the Woodrow Wilson Center. She is also affiliated with the Fairbank Center for Chinese Studies at Harvard University as an Associate in Research.

Before joining SAIS, she was a Shorenstein Postdoctoral Fellow at Stanford University and Rajawali Fellow at the Ash Center of Harvard Kennedy School. Chen’s research interests lie in political economy and state-business relations, with a regional focus on China. She studies the nexus between states and business, such as economic, tax, and industrial policies. She is especially interested in the political, coalitional, and institutional origins of policy outcomes, as well as the relationship between capitalism and the authoritarian state. Her research combines in-depth field interviews with statistical analysis and machine learning. Chen’s articles have been published in American Journal of Political Science, International Studies Quarterly, World Development, Politics & Society, China Journal, Review of International Political Economy, and New Political Economy. Her first book, Manipulating Globalization: The Influence of Bureaucrats on Business in China, published by Stanford University Press, explores the political roots of government-business coalitions and policy implementation in China. Her second book project is on capitalists and authoritarian governance in China, which has won the Catalyst Award. Chen’s research has been funded by institutions such as the Social Science Research Council (Andrew Mellon Foundation), Wilson Center, Chiang Ching-Kuo Foundation, Institute for Humane Studies, and Stanford University. She was recognized as an NCID Diversity Scholar by the University of Michigan.

In addition to academic outlets, Chen has also published in The Washington Post and Axios. Her comments have been quoted, among others, by New York Times, Foreign Affairs, Foreign Policy, and National Committee on US-China Relations.