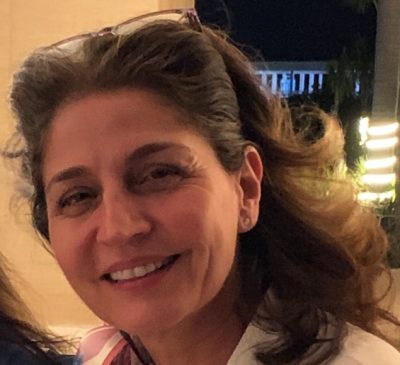 Marjan H. Ehsassi is an ardent believer in the power of engagement, inclusiveness, and policies that bring citizens together. She has worked to enhance space for civil society in some of the most complex environments, including Cuba, Iran, and North Korea. She is pursuing a doctorate in international affairs (DIA) at the School of Advanced International Studies (SAIS) with a concentration in the representative democracy, enhanced citizen participation, and deliberative platforms. As senior director of governance at Global Communities, she led a global team of over 150 and a portfolio of over $50 million in development funds. Previously, at the National Democratic Institute (NDI), she managed democracy and governance programs in China’s mainland, Hong Kong, Cambodia, Nepal, and South Korea. She has worked with ABA-ROLI managing rule of law programs in the Middle East and North Africa and with the Gender Equality Group at the World Bank, where she contributed to the publication of The Environment for Women’s Entrepreneurship in the Middle East and North Africa. Marjan began her legal career with Blake Cassels & Graydon in Toronto, Canada, and was a corporate litigator with the New York offices of Shearman & Sterling. She earned her bachelor’s degree in international relations from the University of Toronto and received an LL.B. from McGill University’s Faculty of Law in Montreal. Originally from Iran, Marjan was born in Geneva and speaks English, French, and Farsi with native fluency.