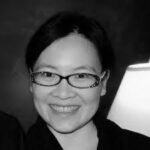 Yuen Yuen Ang is a cross-disciplinary scholar of political economy, focusing on China and on the themes of development and innovation. Her work has been recognized for both its scholarly and public impact. Ang is the inaugural recipient of Theda Skocpol Prize, awarded by the American Political Science Association for “impactful contributions to comparative politics,” along with book awards in political economy, economics, and sociology. She is named one of the “100 Most Influential Academics in Government” by Apolitical. She is a frequently invited speaker and an award-winning teacher. Professor Ang is a faculty member at the SNF Agora Institute, Center for Economy & Society, and the Department of Political Science. For more information, visit her website.