Radical partisanship among ordinary Americans is rising, and it poses grave risks for the prospects of American democracy. 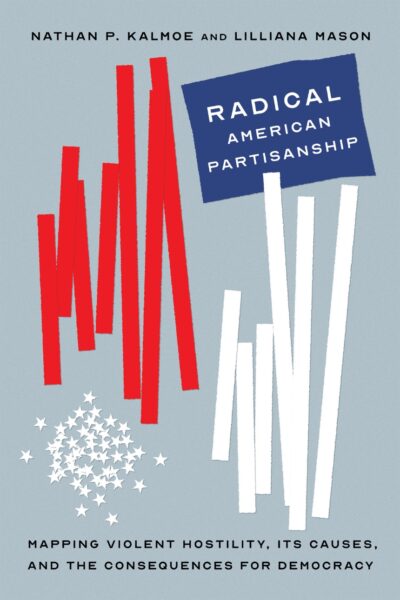 Political violence is rising in the United States, with Republicans and Democrats divided along racial and ethnic lines that spurred massive bloodshed and democratic collapse earlier in the nation’s history. The January 6, 2021 insurrection and the partisan responses that ensued are a vivid illustration of how deep these currents run. How did American politics become so divided that we cannot agree on how to categorize an attack on our own Capitol?

For over four years, through a series of surveys and experiments, Nathan P. Kalmoe and Lilliana Mason have been studying radicalism among ordinary American partisans. In this groundbreaking book, they draw on new evidence—as well as insights from history, psychology, and political science—to put our present partisan fractiousness in context and to explain broad patterns of political and social change. Early chapters reveal the scope of the problem, who radical partisans are, and trends over time, while later chapters identify the conditions that partisans say justify violence and test how elections, political violence, and messages from leaders enflame or pacify radical views. Kalmoe and Mason find that ordinary partisanship is far more dangerous than pundits and scholars have recognized. However, these findings are not a forecast of inevitable doom; the current climate also brings opportunities to confront democratic threats head-on and to create a more inclusive politics. Timely and thought-provoking, Radical American Partisanship is vital reading for understanding our current political landscape.

For more information about the author and the book, visit this page.